At Harker, Chan and Associates in Southeast (SE) Calgary, dentist Dr. Brennen Wray has worked closely with specialists in multiple areas such as Oral Surgery, Prosthodontics, and Endodontics.

Dr. Brennen Wray was born and raised in Moose Jaw, Saskatchewan. After playing five years in the Western Hockey League for the Moose Jaw Warriors and Red Deer Rebels, he continued his hockey career with the X-Men at St. Francis Xavier University. During his time at St. FX, Dr. Wray completed his Bachelor of Science in Chemistry degree.

Dr. Wray pursued the dental program at Dalhousie University and graduated with Doctor of Dental Surgery in 2019. From there, he was accepted into the General Practice Residency program at the University of Alberta in Edmonton. During this one year program, he was able to work closely with specialists in multiple areas such as Oral Surgery, Prosthodontics, and Endodontics. Dr. Wray also worked in a collaboration with different medical fields to manage complex dental cases in a hospital setting at the University of Alberta Hospital.

Upon completion of the Residency program, Dr. Wray relocated to Halifax to begin his private practice career before settling in Calgary with his wife and two children. Dr. Wray enjoys going on bike rides to the park with his daughter, trips to the mountains, getting out on the golf course, and watching Fixer Upper and Forged in Fire. 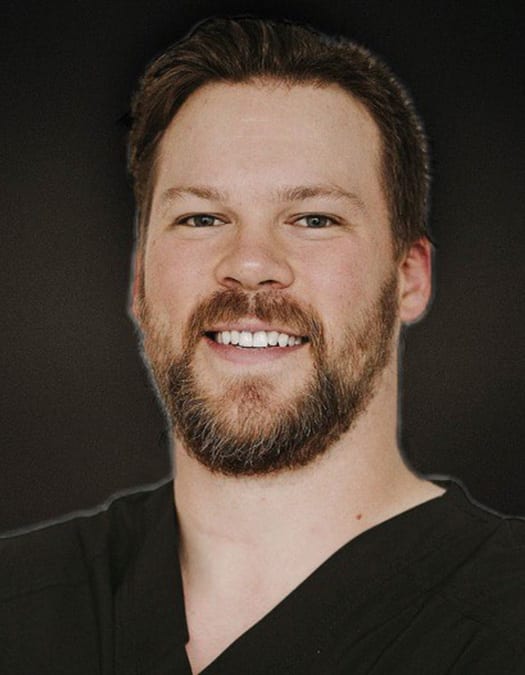 « Go Back  Meet Our Team